This month, we take a closer look at the developments in Mexico, as the newly elected President, Andrés Manuel López Obrador (AMLO), completed his first 100 days in office. While opinions regarding AMLO's performance so far have been diverse, his administration has pushed for a new national project known as the “Fourth Transformation”, which has signaled a clear desire to break established practices from past administrations and make the new leftist President distinguishable from his predecessors.

Since his election, AMLO has constantly stated that his administration seeks to promote an “authentic democracy” through the strengthening of participatory democracy in Mexico. While there's still a long way to go to before one can effectively evaluate whether AMLO's presidency has expanded participatory democracy, his administration has so far been characterized by public consultations and national referendums. Our newsletter will address some democratic innovations implemented in Mexico since AMLO's election.

On March 11, LATINNO's coordinator Thamy Pogrebinschi gave a talk at the Institute for Social and Political Studies (Instituto de Estudos Sociais e Políticos IESP-UERJ) in Rio de Janeiro, where she discussed whether there is still room for innovation and participation in Latin America after recent changes in government in several countries in the region.

The talk offered insight into the LATINNO dataset and addressed important questions regarding types, effectiveness, and limitations of democratic innovations in the region. In this opportunity, our Project Coordinator also discussed specific trends in Brazil, where innovations had been numerous in the past but have registered a decreasing trend since 2014 with the changing political landscape. Relying on LATINNO's data, she argued that innovations in Brazil tend to become less State-led and more a product of civil society initiatives and digital participation tools. 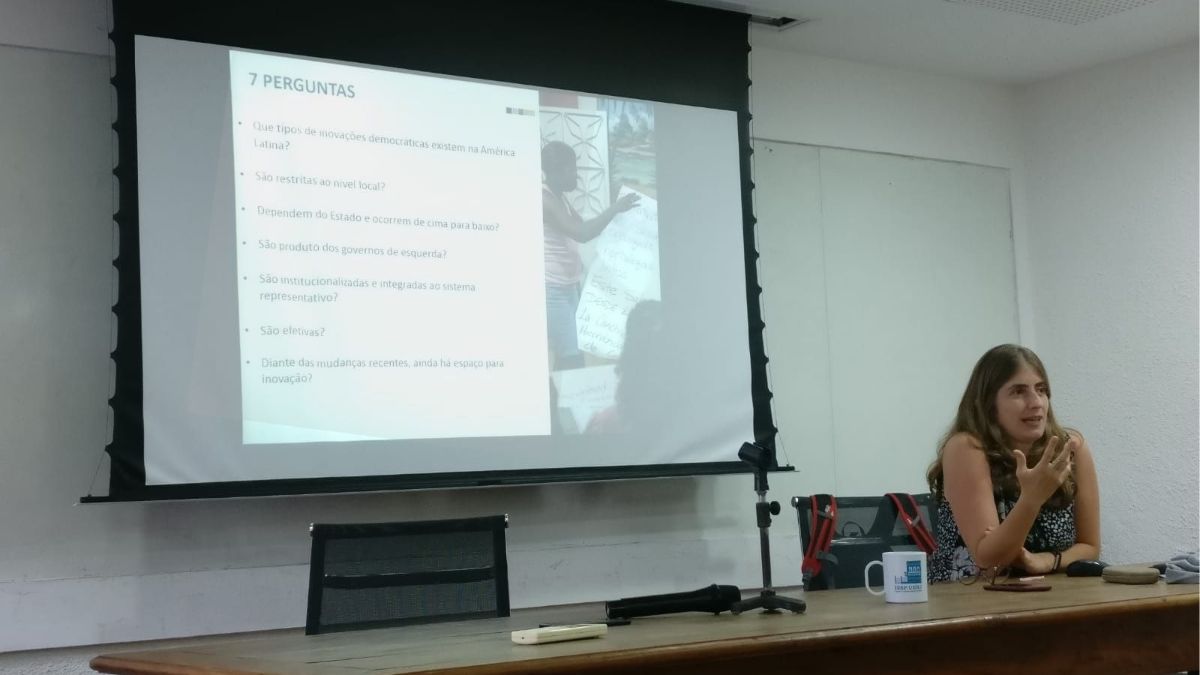 #AttorneyThatWorks is an initiative of actively involved citizens, experts and civil society organizations, that seeks to develop a concrete proposal regarding the model for the new Attorney General that will substitute the existing General Prosecutor's Office (PGR). The aim of the proposal is to avoid the reproduction and continuation of the deficiencies and vices of the previous PGR in the new Attorney General Office.

This initiative is the result of a joint effort from more than 200 civil organizations and individuals who proposed the “Organic Law for the Attorney General of the Republic”, for which technical forums were organized with AMLO's recently elected administration. To this date, the members of the initiative actively continue to exercise a critical accompaniment in all the decisions regarding the management of the New Attorney General. On January, this collective issued a statement to express their discontent with the election process of the Attorney General's Ombudsman. 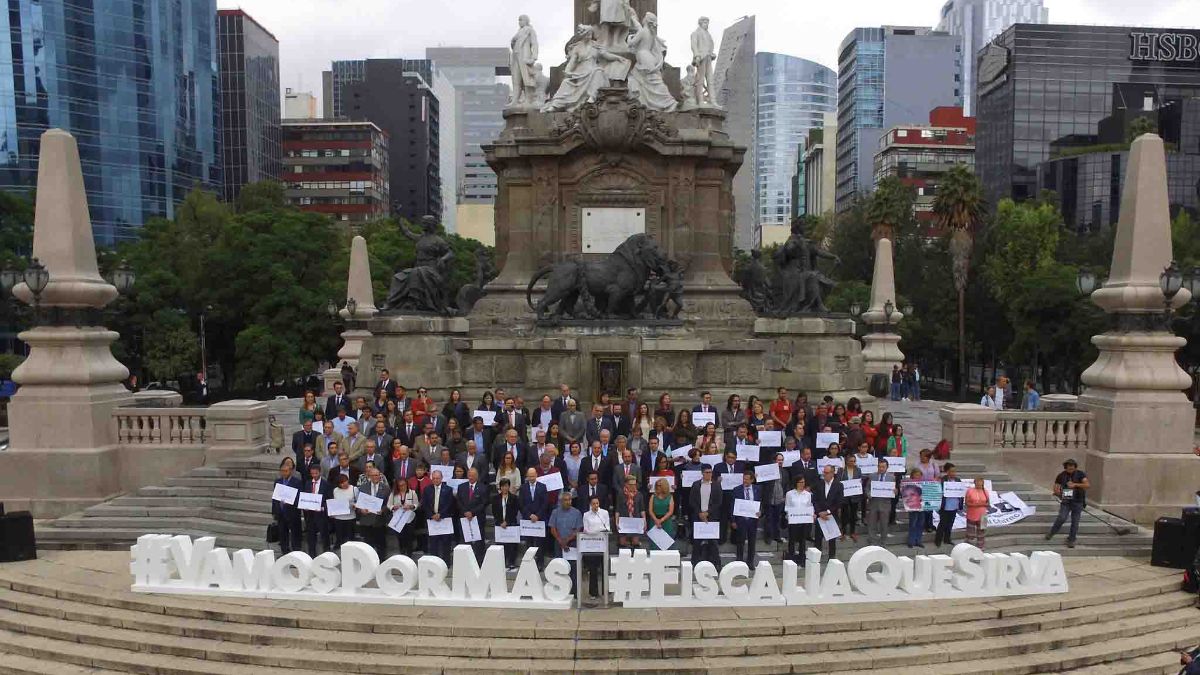 The “National Agreement on Education” was an initiative implemented by the then transition team of the newly elected President, Andrés Manuel López Obrador, with the aim of getting to know the opinions and views of actors involved in the educational sector in order to improve the educational standards in Mexico.

The initiative was conducted from August 27th to October 29th 2018, and included the implementation of presential forums in the 32 Mexican states. As a strategy to register citizen proposals on education, a website was launched and household interviews were conducted. The registration process to participate in this initiative was open to the general population, including parents, students, teachers, scholars and civil society organizations, among other actors. 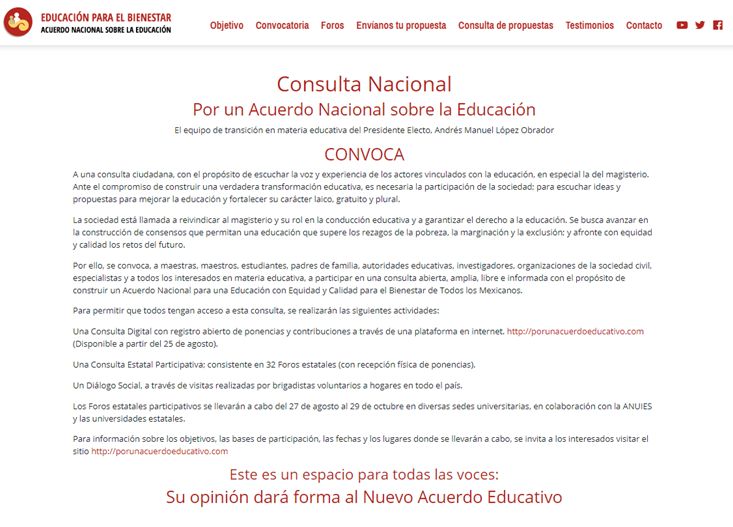 Planning Together to define the National Development Plan 2019-2024 - Mexico

“Planning together to define the National Development Plan 2019-2024” is a program currently being implemented by the Mexican Federal Government to call and invite the Mexican society to participate and engage in the definition and formulation of the National Development Plan (Plan Nacional de Desarrollo, PND) for 2019-2024. By setting concrete objectives, strategies and priorities, the PND defines the lines of action for state public policies to promote social and economic development. The PND has three main pillars: Justice and Rule of Law, Well-being, and Economic Development; and three cross-cutting components: gender equality, non-discrimination and inclusiveness; fight against corruption and public management improvement; and land and sustainable development.

The initiative seeks to include citizens in the elaboration process of the PND through the organization of state forums planned by the Federal Ministries, in which the participation of indigenous communities, women, scholars, civil society organizations, and people with disabilities, among others, is highly encouraged. The final draft of the PND will be submitted to the Mexican Congress on April 20th, in order to be voted by both Chambers at the end of June. 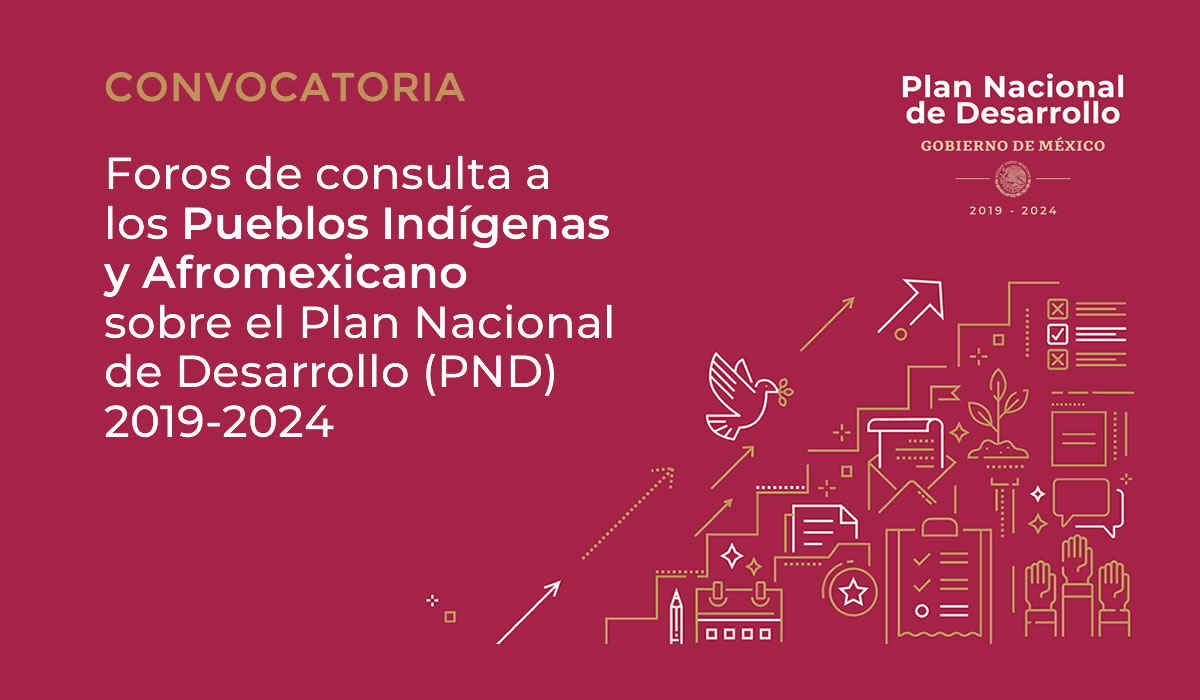