During the month of July, the recently launched LATINNO platform had over 8.5 thousand unique visitors from all over the world, exploring and comparing the 2,400 forms of political experimentation that by empowering citizens, are aiming to strengthen democracy in 18 countries in Latin America.

Using this extensive data collection will enable the upcoming studies and articles to answer many of the empirical questions that remain unsettled by the academic literature. Further enhancing the debate on the effects of citizen participation as a means to improve the quality of democracy could allow activists, civil society organizations, and governments to replicate and implement the experiences that have been successful in similar contexts around the continent.

July's newsletter will explore the data visualization tools created with the LATINNO dataset which could help analyze the queries mentioned above. It will also be dedicated to collective memory and the forms of political experimentation that use citizen participation as a means to strengthen public institutions and the systems of criminal justice. 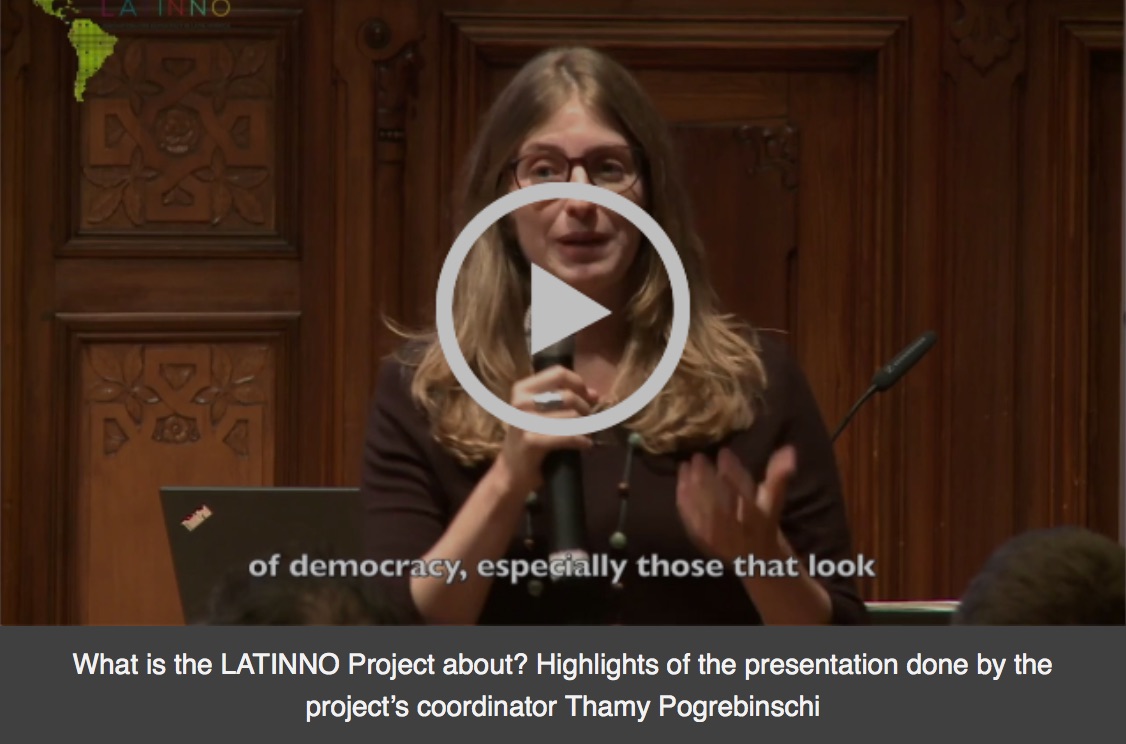 The visualization map created with the LATINNO dataset allows one to explore the volume of different democratic innovations created in each country over time - from 1990 to 2016.

In addition to our database, we have also created and built the first index of democratic innovations, which can be explored through data visualization tools that display and compare how the institutionalization, embeddedness, effectiveness, and density of different innovations change over time and in different countries. The description and analysis of each indicator will be soon released in an academic paper. Stay tuned! 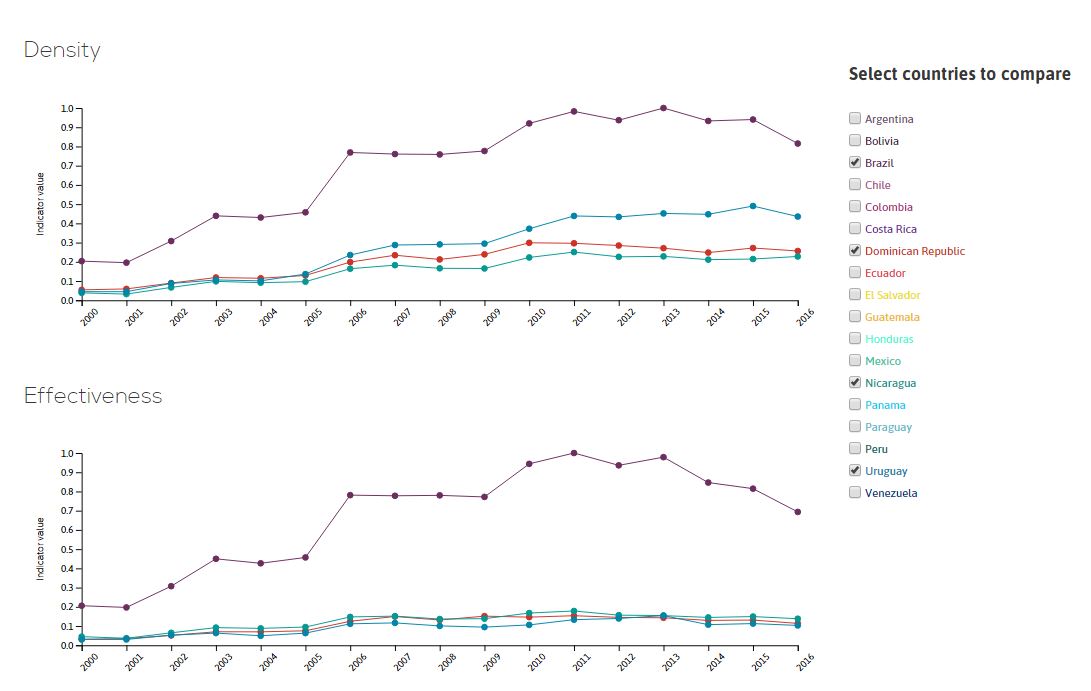 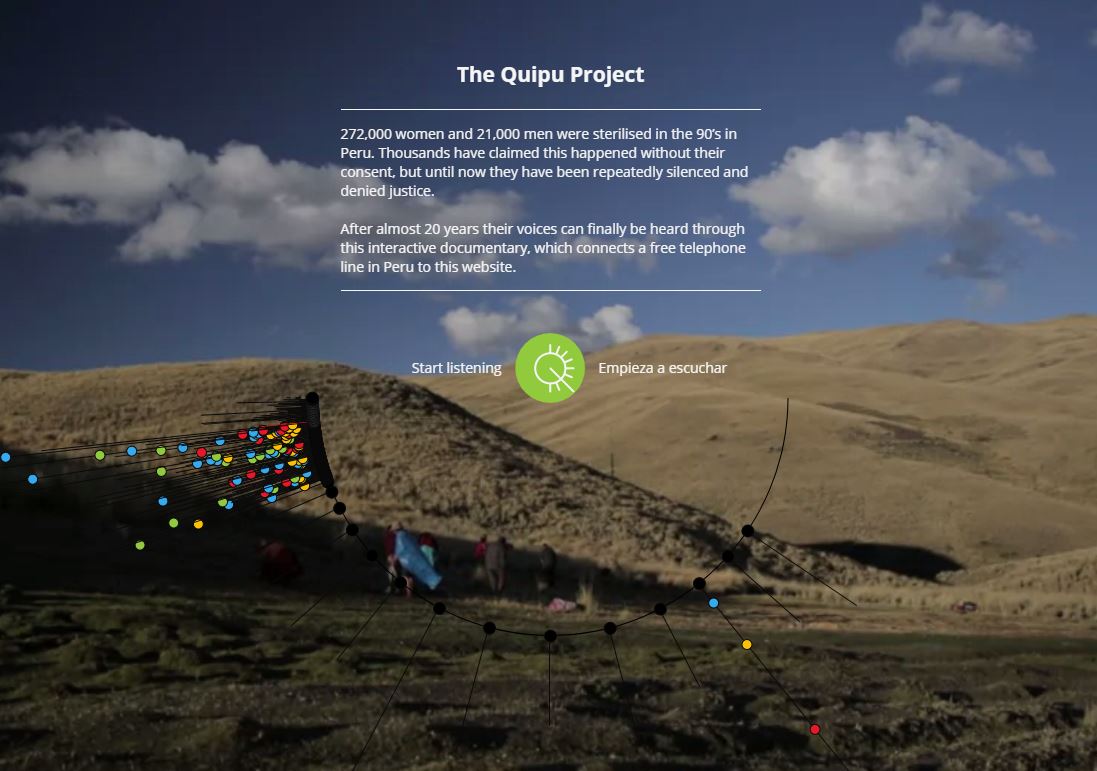 The Quipu Project is a transmedia project of collective memory developed by a team of researchers, human rights advocates and film producers together with the civil society and various NGOs in Peru. The objective of this project is to give voice and seek justice for the men and women who were victims of a sterilization campaign carried out during the government of Alberto Fujimori, in which thousands of people, mainly indigenous peoples residing in rural areas of the country, were sterilized without their prior consent.

This participatory space is carried out through different technologies, which allows the platform to reach rural areas of the country, enabling people who do not have internet access to denounce, share and listen to the testimonies of other victims through a toll-free telephone line. These stories of struggle and resilience have also been broadcasted on local radios, and are present in their website: https://interactive.quipu-project.com. 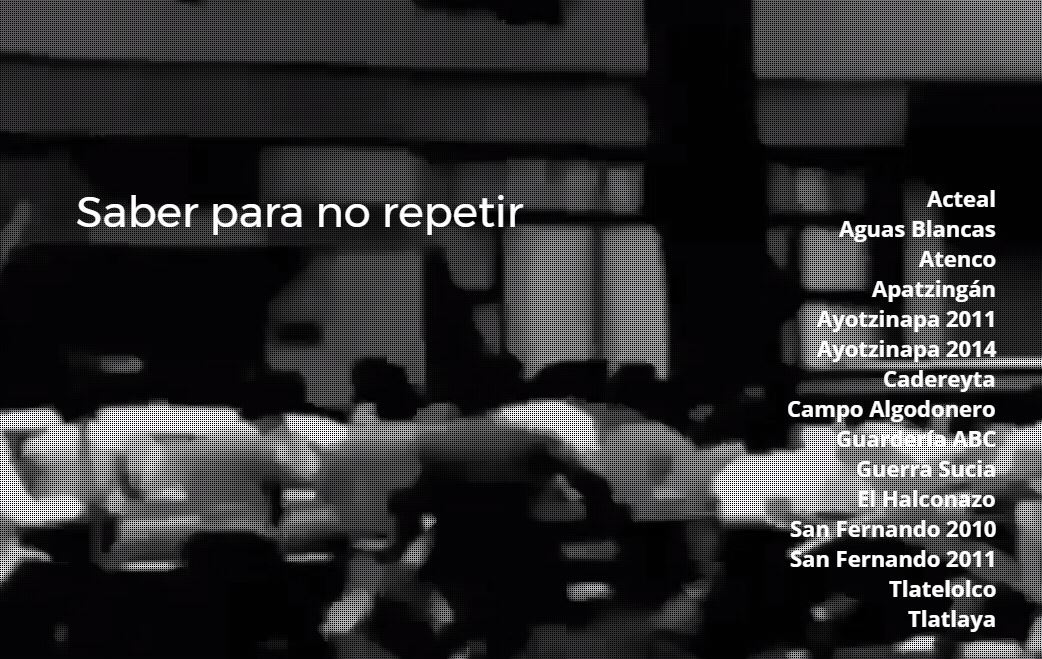 Memory and Truth is a platform and virtual space created to disseminate and promote the use of existing public information on cases of alleged violations of human rights and crimes against humanity in Mexico.

The objective is to promote transparency, the right of access to information, the guarantee of non-repetition, and the creation of collective memory. The platform is organized by Article 19 in Mexico and the National Institute of Transparency, Access to Information and Protection of Personal Data. http://www.memoriayverdad.mx 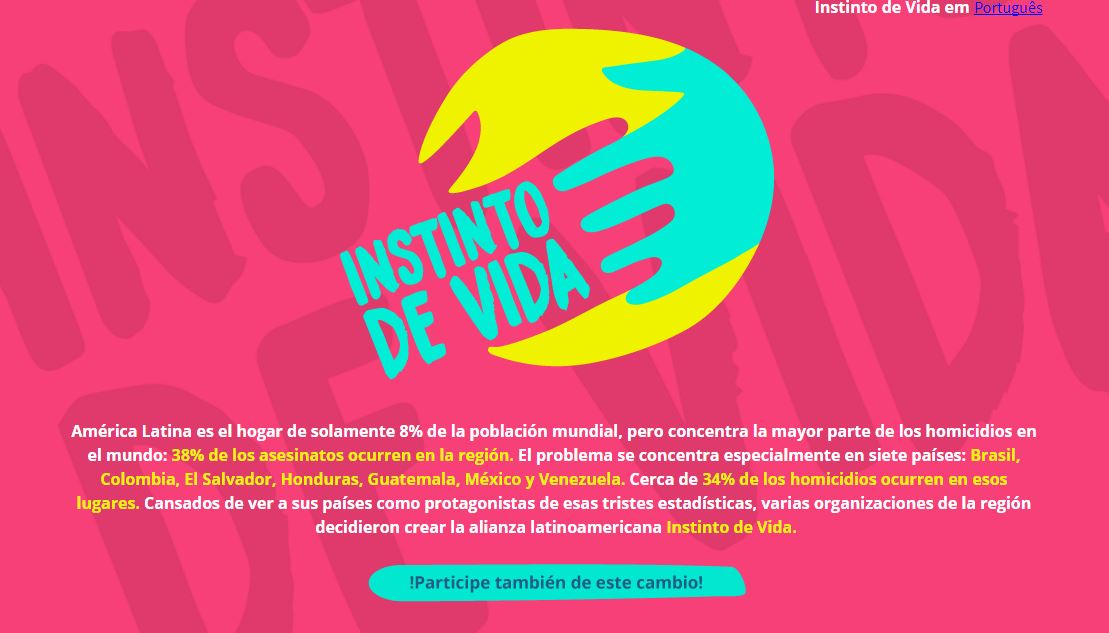 The Instinto de Vida (lit. Life Instinct) campaign is an initiative of several civil society organizations based in the seven most violent countries in Latin America: Brazil, Colombia, El Salvador, Guatemala, Honduras, Mexico, and Venezuela. The goal of this alliance is to reduce the number of homicides that occur in the region in the next ten years - saving 365,000 lives each year and preventing the problem from worsening.

The campaign is developed within the framework of the Sustainable Development Goals and the Bogotá Protocol, through the creation, dissemination, and implementation of public policies and concrete measures that seek to reduce the current number of killings; to encourage the mobilization of civil society; and the dissemination of data and information. The actions of this campaign are based on citizen participation, data analysis, access to justice, and the rejection of mano dura (tough-on-crime) policies or the militarization of public security.

One of the first steps taken was the creation of a platform called #VivosEnNosotros (lit. alive within us), which collects tributes from members of the civil society to people who have been killed in order to go beyond the figures and use collective memory as a transformation tool. The results of the campaign were presented on June 19, 2017, to the Organization of American States (OAS) to urge leaders to take concrete actions and measures to reduce the high levels of violence in the region.