In recent years, Smart Cities have multiplied around the world. Through the use of ICTs (information and communication technologies) and other innovations, Smart Cities seek to enhance citizen’s quality of living by positively transforming their urban environments.

In their quest for increasing efficiency in urban management and improving the performance of local administrations, the idea behind Smart Cities promotes the creation of “smart environments” that simplify the provision of city-related services. In this context, the use of participatory innovation platforms has become a regular tool in the implementation of Smart Cities. They facilitate citizen participation in the co-creation of solutions to local issues and foster new relationships between authorities and citizens.

Trough participation, citizens can openly share ideas and voice their opinions regarding their city’s management. This month’s newsletter will address some examples of innovative platforms for Smart Cities implemented in Chile, Argentina, and Mexico.

Last Friday, on August 30th, the LATINNO Project was present at the III ENEPCP Conference in Natal - RN, Brazil. The ENEPCP (pt. Encontro Nacional de Ensino e Pesquisa no Campo de Públicas) is a biannual meeting that brings together Brazilian researchers, public policy experts, and public servants to discuss advances, setbacks and challenges in the area.

Our research associate Melisa Ross held a presentation at the Roundtable “Democratic Innovation and Participation in Latin America” alongside Dr. Christiana Freitas and Prof. Dr. Marco Teixeira, with whom we extensively discussed not only the current situation of innovation and participation in the region, but also the limitations and opportunities for academic research about these topics.

We thank the ANEPCP and the organization for the invitation, and the audience for the great debate afterwards! Make sure to check them on Facebook and Instagram to see a few highlights from the event and keep up to date with their work.

The Government Laboratory (span. Laboratorio de Gobierno) was created in 2015 by Chile’s National Government and it is the first laboratory of its type to be implemented at the national level in Latin America. With the aim of improving and innovating the provision of public services, the Lab promotes citizen participation in order to co-create solutions for public challenges with citizens, government authorities, and other social actors.

The Government Laboratory seeks to foster a new and more open relationship between state authorities and citizens. The Lab offers two main services to facilitate citizen’s involvement in the solution of public policy problems: the “Network of Public Innovators” and “Agile Consulting”. The former is a network composed by public officials, civil society organizations, scholars and students, among other actors, where interested citizens are connected with other groups and social actors to work together in the co-creation of innovative solutions. The latter seeks to accompany and guide the design of solutions among the interested groups; through this service, the Lab allows to test and validate the provided solutions. 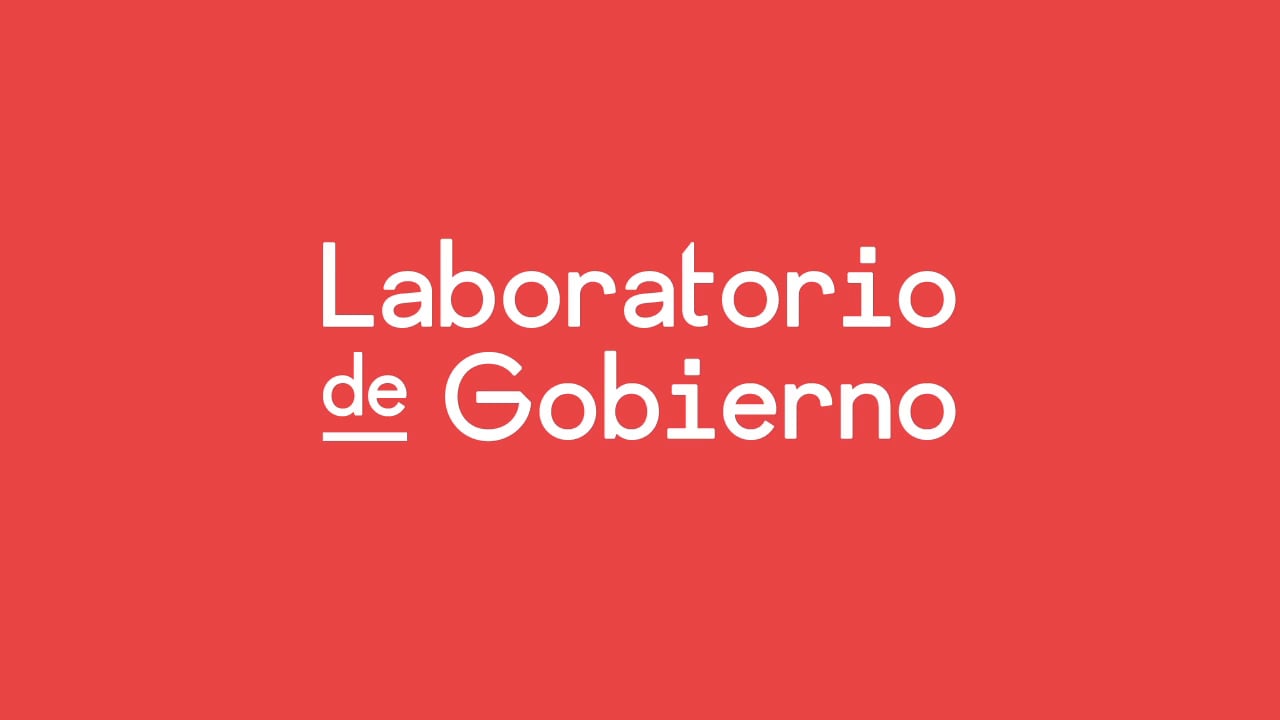 BA Chooses (span. BA Elige) is a participatory innovation platform implemented by the City Government of Buenos Aires. This initiative seeks to promote and facilitate citizen participation and involvement in the urban management of the City and its neighborhoods (span. Barrios).

Citizens can get involved by suggesting individual or collaborative proposals, or by voting existing ones. To participate, citizens are required to register as users in the platform where they can upload their proposals. Once uploaded, proposals are voted; the number of votes determines the order in which the suggested proposals will be analyzed by the City’s authorities. Afterwards, proposals are analyzed by the governmental authorities to then select a limited number of them, which are to be turned into actual projects. The projects are uploaded in the platform to be openly voted by citizens. The elected projects from this final stage become binding and must be assigned with budget to be implemented. 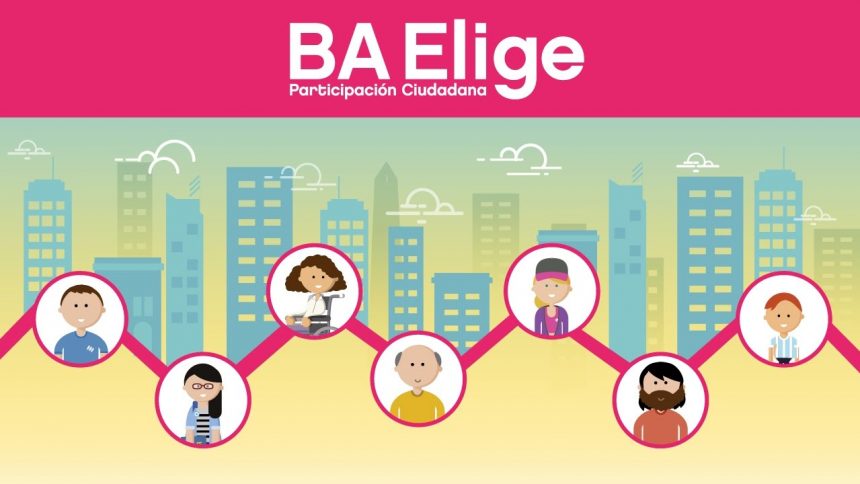 Mérida Decides (span. Decide Mérida) is an initiative that was implemented by the Municipal Government of Mérida, Yucatán, with the aim of increasing transparency and promoting collaboration between citizens and local authorities in order to co-create and develop the Municipal Development Plan 2018-2021 (span. Plan Municipal de Desarrollo 2018-2021).

For the drafting and creation of the Plan, and through the active use of the participatory innovation platform, the local authorities organized 98 public meetings in which citizens were able to exchange and debate ideas. In addition, citizens were able to suggest proposals through the platform and to vote for existing ones. At the end of the project, 1600 participants were involved in the drafting of the Municipal Development Plan, for which 1052 citizen proposals were taken into consideration. 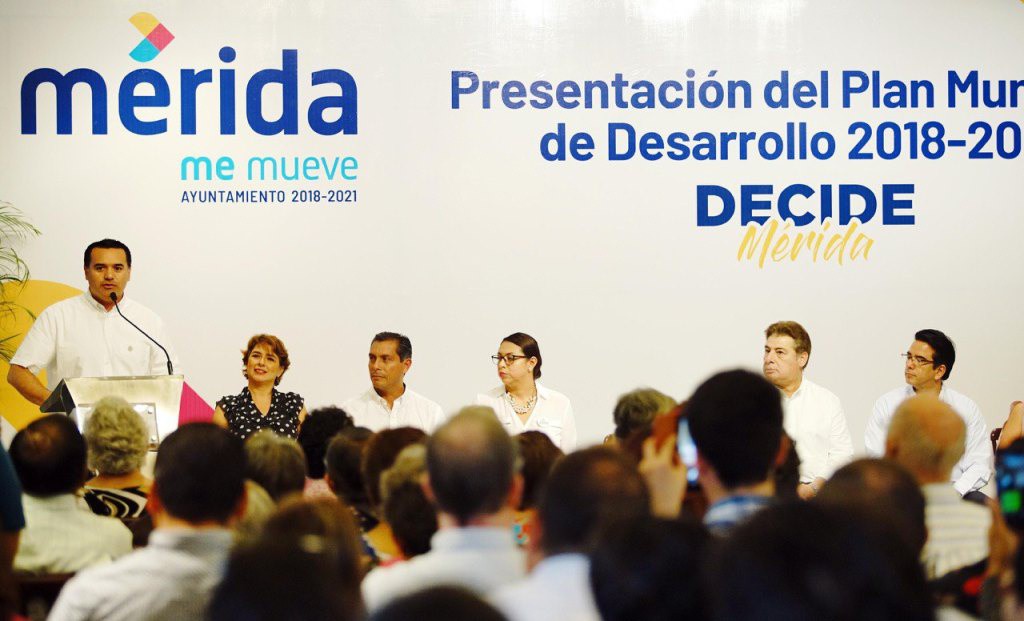